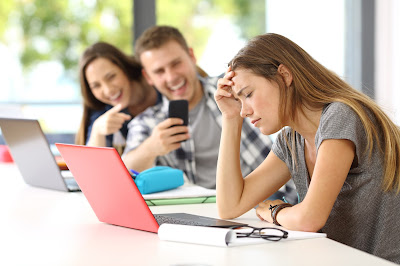 When a person goes online and suffers constant abuse from strangers, whether that be classmates, coworkers, or random individuals, it can (and has) led to emotional damage, physical injury, and even death. In fact, because of cyberbullying, the rates of suicide among teens have skyrocketed. This grave injustice of our youth, and of our society in general, demands a closer look and demands justice. Cyberbullying is not something that should be glossed over or dismissed. After all, if someone followed your around all day, invaded your home, or harassed your multiple times a day, you would be outraged. So why should it be viewed any different when it occurs online?

Being cyberbullied can cause instability in mental health, problems when trying to concentrate in school, and self-esteem issues. While some people are harassed once or twice, others are relentlessly bullied for week, months, or years. These crimes tend to be correlated with shame, causing a victim to avoid seeking any type of help.

The internet has allowed would-be harassers to remain anonymous. This characterisitc of the internet has of course led someone to take advantage of this quality. This makes it a great tool to pick on peers while avoiding any repercussions that face-to-face interactions might involve.

Cyberbullying happens through text messaging, email, on social media, and on social apps like Snapchat. Because these applications are often connected to more than one person, and sometimes the victim's entire peer network, the harassment can be magnified. Social media also allows for the sharing of information in a rapid way. This often means that once something is posted, is it out there forever. Even if the person posting the picture or information has a change of heart, often the spread is irreversible.

Seemingly in opposition to the public and widespread nature of social media, is the often privateness of personal technology devices like phones and laptops. This often means that the victim can hide their experience from their parents. This aspect often leaves the individual feeling alone and isolated.

The crime of cyberbullying is a form of terrorism that is usually used by children and teenagers. It involves the use of electronic technology to attack, offend, and isolate a victim through inflammatory texts, personal or private websites, or social media platforms. The person that gets targeted is usually attacked by one person or a group of individuals for a specific reason or what they feel is “just for fun”. This may take the form of sharing private information, spreading false rumors, the making of hateful or hurtful memes, the sharing of nude photos, and the list goes on and on.

One of the scarier aspects of cyberbullying, besides its often irrevocable nature, is the ability to get others, who would not normally participate in such acts, to join in. That's because social media feels so distant to some, that sharing something or commenting on something seems harmless, when in reality it only adds interest to the attack.

Several states have created and implemented laws that penalize people for cyberbullying. Other variations of these violations include cyberstalking and harassment. These regulations have been made to protect minors against these horrendous actions.

Cyberstalking includes the spreading of a false allegations, which legally speaking is a type of slander and/or libel.

Fla. Stat. Ann. 1006.147(3) (2010): "(a) ‘Bullying’ means systematically and chronically inflicting physical hurt or psychological distress on one or more students and may involve: (1) Teasing; (2) Social exclusion; (3) Threat; (4) Intimidation; (5) Stalking; (6) Physical violence; (7) Theft; (8) Sexual, religious, or racial harassment; (9) Public humiliation; or (10) Destruction of property. . . . (d) The definitions of ‘bullying’ and ‘harassment’ include: (1) Retaliation against a student or school employee by another student or school employee for asserting or alleging an act of bullying or harassment...[and] (2) Perpetuation of [bullying or harassing] conduct ... by an individual or group with intent to demean, dehumanize, embarrass, or cause physical harm to a student...". 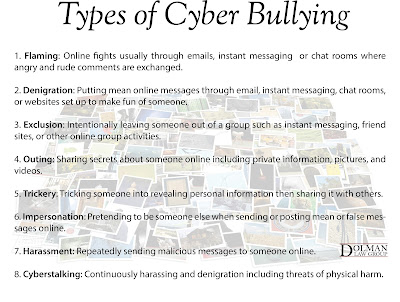 The crimes of cyberbullying usually follow a pattern that could be defined by law enforcement if police get involved in the situation. A type of tracking method could be implemented to find the person who is behind the incident. Any spiteful behavior and threatening messages often will follow a pattern based on the person who is behind the attacks. It can be specific days, certain websites, and particular hours of the day that are used. When a cyberbullying incident starts to become physical abuse, the crimes are easier to prosecute against. Charges could be issued as misdemeanors or felonies based on certain the factors.


The Burden of School

Both cyberbullying and cyberstalking most often occur with school children. These kids will either receive or send out the attacks while in school or specifically to classmates. Legislation has started to shift the responsibility of resolving the attacks and avoiding the crimes on the school districts by having and enforcing policies and regulations. This is possible through adjusting an already existing anti-bulling policy within the school’s guidelines. It now includes instances of cyberbullying between children when it involves the educational districts. Still, even with the state laws and school policies, the issue continues to persist has more and more ways to harass another become available.

It is imperative to contact an attorney when your child becomes the victim of cyberbullying. Many children that are affected by these crimes will require medical attention and/or treatment for psychological damages. Compensation should be obtained to cover these expenses, as well as, pain and suffering.

At Dolman Law, we understand that this is a tough issue. When your child becomes the victim of bullying, it creates stress and worry. We are here to help you through this difficult time. If your child has been subject to cyberbullying, call us to speak about getting justice. We have many experienced attorneys that will go over your case and answer any questions or concerns you may have.

Please feel free to contact us with any questions. You can reach us in one of these 4 ways:

5 Tips Regarding Hit and Run Accidents 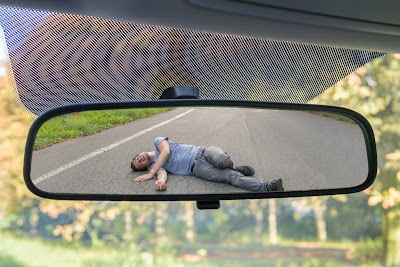 Here are 5 important facts about insurance coverage after a hit and run accident.

#1: Uninsured Motorist Insurance Could Save You

If a person becomes the victim of a hit and run accident, having uninsured motorist coverage (UM) will cover the victim’s damages. This is particularly helpful since in the event that a person is injured and the hit-and-run driver isn't caught, this coverage will cover just like if the person didn't have insurance at all.
The coverage can be broken into two basic categories:
Since this coverage acts just like any other motorist insurance, it can be vital in providing coverage for situations in which other coverage isn't available.


#2: Standard Car Insurance May Not Be Enough

In some cases, standard motorist coverage isn't always enough to cover all the damages from a car accident. Insurance only covers up to a certain amount, depending on the coverage, so it may fall short in serious situations or injuries. This is why having adequate coverage is imperative before something like a hit and run accident happens to you. Ensuring that you have extras, like UM or Bodily Injury coverage, will prevent situations like a hit and run from putting you and your family in a financially tight spot.

Collecting evidence after an accident is always crucial to a successful claim. But when there is no other driver, evidence can be even more pivotal in the outcome of a case. Hiring an expert attorney is a great way to ensure that the appropriate evidence is collected, analyzed, and used effectively in making your case.
After a hit and run accident, you will have to prove:

#4: Hit and Run Accident Claims Have a Time Limit

All hit and run insurance claims, just like any other accident, are subject to Florida’s statute of limitations. You always have to remember that the longer you wait to file a claim, the more it can damage your claim. Not only is there an actual time limit on how long you have to file a claim, but evidence can be lost, procedures can be missed, and credibility can be deteriorated.
In Florida, the deadline to file a personal injury lawsuit after a hit and run is four years. This may sound like a lot of time, but in cases in which a person doesn't know the extent of their injuries until years later, this can be restrictive.
If someone dies in a hit and run accident, then the statute of limitation that applies involves wrongful death, which is two years from the date of death.

#5: Stay at the Scene of the Accident

If you happen to be involved in a hit and run, it's imperative that you stay at the scene of the crime. It can be tempting to chase after the person or attempt to follow them in order to get their license plate information, but you should not do this. Not only is it the law, but depending on the severity, leaving an accident could make you injuries worse.
The penalty for leaving the scene of an accident with property damage is a second degree misdemeanor charge, including the possibility of sixty days in prison and a $500 fine. If there are injury’s involved, than the charges can be trumped up to a second or third degree felony, including a suspension of license for at least 3 years, up to five years in prison, and a $5,000 fine. Lastly, if there has been a fatality due to the accident, then it's considered a first degree felony, involving a revoked license for up to three years, and a mandatory minimum of four years in jail, and a $10,000 fine.

At Dolman Law, we understand that an injury caused by a hit and run driver can be frustrating. These types of incidents create many problems, questions, and concerns. But hiring an attorney can not only help to increase your settlement, it can decrease your worry. We are here to take the stresses of filing a claim off of your shoulders while you worry about recovering from your injuries.

Contact us for a free case evaluation. We will be happy to review your case and answer any questions you may have. Call today at 727-222-6922

Were You Injured at a Resort? 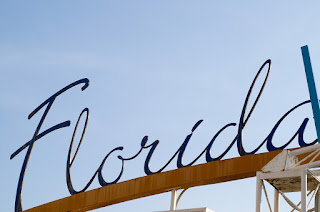 With countless resorts, theme parks, and tourist attractions, Florida is a year-round destination of choice for many travelers—especially during the winter months when it is cold and dark in other parts of the country. However, Florida vacations may be spoiled when accidents occur on the premises of a resort or a hotel. These accidents, the most common of which include slip-and-fall accidents, can result in serious injuries and complications that may be permanent or lifelong.

Hazardous Areas and Conditions at Resorts and Hotels


Hidden hazards are unfortunately all too common on resort and hotel premises. It is important for hotel and resort guests to keep their eyes open and be aware of common hazards on these properties:

The owners and operators of Florida hotels and resorts owe an affirmative duty to their guests to provide a safe, clean property that is free from known dangerous hazards. When hotel and resort owners breach this duty of care, they may be deemed liable for any injuries and damages that result.

In every Florida premises liability case, the injured person must demonstrate that the property owner or occupier owed a duty of care directly to the injured person and that a breach of this duty resulted in certain injuries and damages.


Florida resort accidents and injuries can have serious and potentially lifelong impacts. The knowledgeable resort injury lawyers at Dolman Law Group may be able to help you obtain the monetary compensation you need and deserve under the law.

To schedule a free consultation and case evaluation with a St. Petersburg resort injury lawyer, please call us at (727) 222-6922 today or contact us online.

https://www.dolmanlaw.com/st-petersburg-personal-injury-attorney/
Posted by Matthew Dolman at 11:03 AM No comments: