NHTSA Study Sheds Light on the Causes of Rear-End Accidents 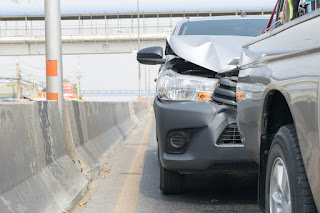 We’ve all seen it--you’re driving down the road and, suddenly, traffic stops. You inch up a little further until you can see what’s going on. You see two vehicles; one that is relatively unharmed, and another, behind the first vehicle, that is crushed like a tin can. This is a rear-end accident--an accident when one vehicle, for whatever reason, is not able to stop in time and crashes into the vehicle in front of it.

Why are these numbers so high?

It is mostly because of distraction. Drivers easily become distracted when they are talking on the phone, texting, fiddling with the radio dial, or interacting with passengers. Rear-end crashes are such a major issue that the NHTSA is currently lobbying for forward crash collision technologies like Electronic Stability Control (ESC), pre-braking systems, and sensors to detect neighboring vehicles to come standard on all vehicles. The agency estimates that these kinds of technologies could eliminate about 80% of the injuries and deaths that result from rear-end collisions.
Most Common Causes of Rear-End Accidents

NHTSA published a study in 2007 titled “Analyses of Rear-End Crashes and Near-Crashes in the 100-Car Naturalistic Driving Study to Support Rear-Signaling Countermeasure Development.”3 In it, the agency studied 100 cars in naturalistic driving conditions and collected crash and pre-crash data, such as the timing and location of where drivers were looking, the timing of accelerator release and brake application, and the drivers’ time and force modulation of the brake pedal. The goal was to gain a better understanding of driver behaviors that contribute to rear-end accidents. A few of the most common causes and the NHTSA’s findings are outlined below.

Distracted drivers are by far the most common cause of rear-end accidents. The study estimated that 87% of the rear-end crashes and near-crashes in the experiment were distraction-related. Further, 47% of drivers exhibited no discernable crash avoidance responses like braking, indicating that they were so distracted they were not aware a crash was imminent. Some of the most common secondary tasks the drivers were engaged in were eating, checking mirrors, daydreaming, and adjusting controls.

The study found that 59% of rear-end crashes involved a lead vehicle (the vehicle that was struck) that was stopped, while 22% involved decelerating lead vehicles. Interestingly, the study found that the majority of drivers in rear-end crashes were not following too closely. Rather, the study hypothesized that striking a stopped or decelerating vehicle was most likely a result of late detection of lead-vehicle braking.

Rear-end crashes were much more likely to occur in junctions, including intersections and entrance/exit ramps, than on straight sections. Accidents in these areas accounted for 60% of all rear-end crashes.

If you’ve been injured in a rear-end accident and believe you may have a claim against the other driver, please contact the attorneys at the Dolman Law Group for a free consultation by calling 727-222-6922.

Posted by Matthew Dolman at 11:23 AM No comments:

Can I receive benefits if I'm partially responsible for my Clearwater ac...

Posted by Matthew Dolman at 12:21 PM No comments:

How Much Can You Recover in a Slip and Fall Accident? 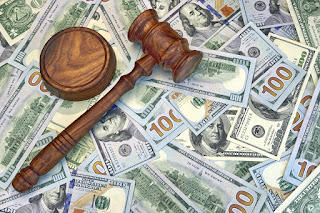 Chances are, you’ve slipped and fallen and hurt yourself at one point or another. They are the leading cause of emergency room visits in the United States, accounting for 20% of all ER visits. They are also the leading cause of worker’s compensation claims. Each year, one out of every three people over the age of 65 will experience a fall, making slip and falls particularly dangerous for the elderly.

So what makes falls so dangerous? Depending on your age and physical health, falls can cause a number of issues, from scrapes and bruises to more serious injuries like broken bones, fractures, and head trauma. While doctors and hospitals can provide a remedy for the physical symptoms of a fall, the law also provides a remedy. If you slip and fall and are injured due to another person’s negligence, you may be entitled to recover damages.

Example of the Effects of a Slip and Fall

Let’s start with a hypothetical slip and fall to illustrate how a slip and fall case works. Let’s say that you pull up to your favorite shopping center to pop in and buy a few things. You go into a store and, as you are shopping, you decide to take a break and head to the restroom. While you’re walking to the restroom, your foot suddenly comes out from under you and you fall, fracturing your tailbone. It turns out that what caused your slip and fall was a pool of water on the floor that had come out of a nearby water fountain. Upon further investigation, it appears that this water fountain had been leaking for several days. The manager of the store was aware of the leak and that it was causing water to pool on the floor, but had not gotten around to having it fixed and had not installed a caution sign. Because of your fractured tailbone, you incurred several thousand dollars’ worth of medical bills and were forced to take a week off work to recuperate.

Do you have any recourse against the store? The answer in this situation is yes.
Slips, Falls, and Negligence
Slip and fall accidents are commonly the result of negligence, which requires a showing of four legal elements: duty, breach, causation, and damages.

Let’s take a look at each of these elements in light of your hypothetical case above to see if (and how much) you can recover.

Duty: A person who is invited to enter onto the premises of another person for a purpose that is connected with the business dealings of the owner of the property is known as an “invitee.” For invitees, the property owner must correct and warn of any dangerous conditions that the owner knows about but the visitor does not know about (or cannot discover through the use of reasonable care). A “dangerous condition” is one that must present an unreasonable risk to a person on the property, and it must have been a condition that the injured party would not have anticipated under the

circumstances. So, in order to recover, you would have to show that the accident was caused by a dangerous condition on the property that the owner knew about that you did not know about. That would be very easy to show here since the water on the floor was a dangerous condition that the manager of the store had known about for several days, but of which you were unaware.

Breach: When dealing with dangerous conditions on real property, an owner’s breach can be shown through one of three ways: (1) The owner created the dangerous condition, (2) the owner knew the condition existed and negligently failed to correct it, or (3) the condition existed for such a length of time that the owner should have discovered and corrected it prior to the incident in question. In this case, the manager knew that water was pooling on the floor near the bathrooms but did nothing to fix it, nor did he take any steps to warn the store’s customers of the dangers. Therefore, it would be fairly simple to show that the owner breached his duty here.

Causation: Causation is also fairly easy to show here. The pool of water on the floor was the actual and proximate cause of your slip and subsequent fall—if there had been no water on the floor, you would not have slipped and fallen in that particular spot.

Damages: “Damages” in legal language refers to the monetary value of the injury you sustained. Because you incurred medical bills and were forced to take a week off of work, the money you paid for your treatment and the money you lost by not working are your damages.

Calculation of Damages
The goal of awarding damages in a personal injury suit is to make the plaintiff whole—that is, to put him or her in the same position he or she would have been in had the accident not occurred. Thus, the damages a court will award in a personal injury action are known as compensatory damages. Courts also have the authority to award punitive damages, but punitive damages are appropriate only where the conduct of the defendant has been especially malicious or intentional. Thus, they are not appropriate in tort actions based on negligence.

Some examples of compensatory damages in a slip and fall action include:

Because these damages are compensatory, the actual dollar amount you could receive in a slip and fall action depends upon how seriously you were injured in the fall—the more severe your injury, the higher your damages award.

Owners and occupiers of real property owe visitors the duty to ensure that they are safe from harm and to warn them of potential dangers that are present on the property. If a dangerous condition exists on the property and the owner fails to correct it, he or she has breached this duty. If you are injured as a result of this breach and can show that your injuries were caused by the dangerous condition, you are entitled to recover damages from the owner. The amount of damages you are entitled to depends on the severity of your injuries, but, in all cases, damages in a personal injury case are designed to compensate you for your losses.

If you've been injured in a slip and fall accident, please contact the attorneys at the Dolman Law Group for a free consultation by calling 727-222-6922.

Posted by Matthew Dolman at 11:32 AM No comments: 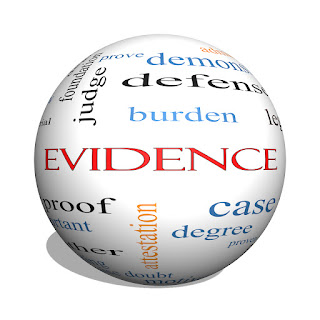 Posted by Matthew Dolman at 1:40 PM No comments: