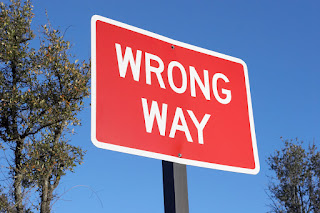 Two people were killed on February 12, 2016, in a wrong-way crash[1] on Interstate 275 in downtown Tampa.  According to the Florida Highway Patrol, a man driving northbound in the southbound lanes of the I-275 Ashley Drive ramp collided with a vehicle just after 5:30 a.m.  The crash killed a man in each vehicle. Troopers said the wrong-way vehicle may have entered the interstate at Howard Avenue before crashing near Ashley Drive.

The National Transportation Highway Safety Administration provides that wrong-way collisions occur relatively infrequently, accounting for only about 3 percent of accidents on high-speed divided highways, but they are much more likely to result in fatal and serious injuries than are other types of highway accidents. The severity of an accident is understood in terms of the crash dynamics as the vast majority of wrong-way collisions on controlled-access highways are head-on events.  On average, about 360 lives are lost each year in about 260 fatal wrong-way[4] collisions.


A wrong-way collision oftentimes involves the front end of a vehicle coming into contact with the front end of another vehicle.  The abrupt nature of the collision, with both vehicles traveling at about the same speed creates the high fatality rate as well as extremely serious injuries:

•       Whiplash:  Caused by the head and neck continuing to move forward even after the vehicles have collided, then whipping back, straining the ligaments and muscles.
•       Spinal Cord Injuries:  The force of a head-on collision may travel up the spine and cause injuries, such as a herniated disc or nerve damage.  Victims can be paralyzed depending on the severity of the crash.
•       Chest Injury:  An individual’s ribcage and chest can be injured by the force of the seatbelt, the body slamming into the steering wheel, the force of the airbag or other trauma.

It is important for all Florida drivers to refrain from driving if they are overly tired or intoxicated to avoid a wrong-way collision.  If you someone you know has been injured or killed as a result of a driver who was going the wrong way on the road, it is important to speak to a St. Petersburg Automobile Accident Attorney.  Contact Dolman Law Group today at 727-222-6922 to schedule your free legal consultation with our firm and learn more about seeking monetary compensation for your losses through a personal injury claim.

Were You Injured In An Overloaded Truck Crash? 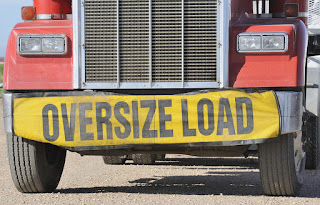 A truck's cargo weight limit is determined by the Gross Vehicle Weight Rating (GVWR) derived by calculations of brake, powertrain, frame and suspension limitations. A large percentage of semi-trucks on US roads and highways are a union of a tractor and a trailer that have never been rigged together. Accurately determining the GVWR is not easy if at all possible. In many cases the tractor is independently owned by the driver and the trailer is consigned by a different company. The driver, motivated more by making a paycheck than by safety, signs some papers, hooks up the trailer and pulls away, not knowing if the load is too heavy or off balance. Once on the highway, the driver may feel the equipment straining on a hill but turning back is rarely an option. There are weigh stations on major interstate roads that are placed strategically for the sole purpose of identifying overloaded trucks, but these stations are often closed. If a truck is checked and found to be overweight, it is a common practice for a DOT or State Police inspector to issue a ticket to the driver and send him and his dangerous load on their way.  Once the driver reaches his destination, the trailer may be disconnected and left at a transfer station for a local driver to pull into an urban location. This local truck may be even less equipped to pull a load of that weight.
Hazards Associated with an Overweight Truck


Tractor trailers are inherently dangerous to other vehicles on the road, but an improperly loaded truck poses a much greater risk. An overloaded 18 wheeler is operating with strained equipment such as its brakes, frame, suspension, steering and tires. An overweight truck requires a greater stopping distance especially when traveling downhill. The truck is prone to jackknifing especially on wet road surfaces. An off balance trailer can easily turnover on a curve or while swerving to avoid a collision. Overloaded trailers have been known to buckle in the middle and split open. Often the driver is not aware of the overweight situation until the truck does not properly respond when corrective driving measures are initiated.
Shifting the Blame
The results of an overloaded tractor trailer losing control and striking other vehicles are often devastating; resulting is serious injuries and loss of life. It takes an experienced truck accident attorney to determine exactly what happened and who is culpable. When there are multiple parties involved it can become convoluted. The driver will often blame the consignor for improperly loading the trailer. The consignor will blame the driver for accepting the load without verifying its weight. There may even be a third company whose employees actually loaded the trailer after it was dropped off at their dock by the trucking company. Then there is the possibility of defects in the manufacturing of the trailer or a poorly maintained tractor cab.
Determining Negligence in an Overweight Truck Crash
The trucking company will have a powerful and highly experienced legal team defending their clients in truck accident cases. The independent trucker will fight hard to defend his reputation and lively hood and his insurance company will fight vehemently at his side. The experienced truck accident attorney will know how to deflect the finger pointing and peel away the layers of blame, getting to the real facts in the case. He or she will have the resources necessary to retain an accident reconstruction firm to recreate the scenario leading up to and through the event. For the injured party with an inexperienced attorney, the temptation to settle for less than the true value of the case will be great.
If you or someone you care about was injured or a life was lost due to a truck accident, you need to be represented by an experienced truck accident attorney. The attorney will know true compensatory value of your case and will have the skill and resources to recover what you truly deserve. The attorney’s investigative team will check the records of weigh stations, service records, log books and police reports for any evidence that could be pertinent. If the evidence exists, diligence will produce it.
Dolman Law Group has successfully represented victims of truck accidents and their families. Our truck accident attorneys are ready to fight tenaciously to ensure that you get the maximum amount possible for your medical bills, lost income as well as pain and suffering. If a life was lost due to a truck accident a wrongful death claim could be successful. Contact the truck accident attorneys at Dolman Law Group today for a free, no obligation evaluation of your case.
Dolman Law Group
1663 1st Ave S.
St. Petersburg, FL 33712
(727) 222-6922
https://www.dolmanlaw.com/st-petersburg-truck-accident-attorney/
Posted by Matthew Dolman at 7:16 AM 2 comments: 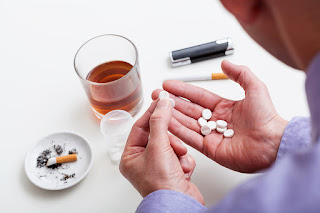 On Sunday, December 6, 2015, a 51-year-old St. Petersburg man and his passenger were hospitalized in critical condition following a serious accident [1] along Belcher Road at 90th Avenue North.  According to the Florida Highway Patrol, Ronald Mullen, 65, of Bay Pines, was heading north on Belcher around 6:14 p.m. in the left turn lane. As he approached the intersection of 90th Avenue North, police indicate that a motorcycle driven by the St. Petersburg man was heading south on Belcher.  Based upon police reports, Mullen tried to make a left turn and entered the path of the oncoming motorcycle when the two vehicles collided.  The motorcycle driver and his passenger, a female, were both hospitalized in critical condition.  The driver of the automobile, Mullen, was not injured in the accident and was arrested on two counts of DUI with serious bodily injury and possession of cannabis charges. He was also cited for a right of way violation.

The National Highway Transportation Safety Administration released new studies [2] in February, 2015 regarding impaired driving in the United States.  NHTSA provides that the nation’s decades-long campaign to combat drunk driving continues to make our roads safer, but the use of marijuana and prescription drugs is increasingly prominent on the highways, creating new safety questions.  One study, the latest version of NHTSA’s Roadside Survey of Alcohol and Drug Use by Drivers, found that the number of drivers with alcohol in their system has declined by nearly one-third since 2007 and by more than three-quarters since the first Roadside Survey in 1973. But that same survey found a large increase in the number of drivers using marijuana or other illegal drugs. In the 2014 survey, nearly one in four drivers tested positive for at least one drug that could affect safety.  The report specifically provides:

“America made drunk driving a national issue and while there is no victory as long as a single American dies in an alcohol-related crash, a one-third reduction in alcohol use over just seven years shows how a focused effort and cooperation among the federal government, states and communities, law enforcement, safety advocates and industry can make an enormous difference,” said NHTSA Administrator Mark Rosekind. “At the same time, the latest Roadside Survey raises significant questions about drug use and highway safety. The rising prevalence of marijuana and other drugs is a challenge to everyone who is dedicated to saving lives and reducing crashes.”

With regard to drug use by impaired drivers, the NHTSA also stated:

Drivers should never get behind the wheel impaired, and we know that both alcohol and marijuana impair judgment, reaction times, and awareness.  If you or someone in your life is consuming alcohol or even drugs, it is important not to drive a vehicle until the driver is sober.  If you are involved in an automobile or motorcycle accident that involves an impaired driver, it is imperative to speak to a St. Petersburg Automobile Accident Attorney as soon as possible.  Contact Dolman Law Group today at 727-222-6922 to schedule your free legal consultation with our firm and learn more about seeking monetary compensation for your losses through a personal injury claim.